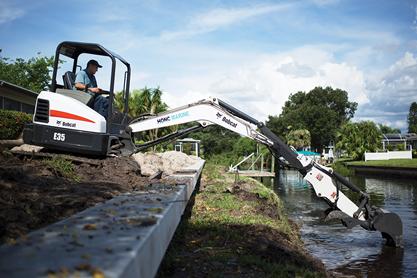 When the last recession hit, Honc Marine Contracting was strong enough to withstand a couple of lackluster years. Unfortunately, the bad economy continued for seven years.

“Our sales dropped by more than 50 percent, especially in our core business of building seawalls,” says John Honc, president.

To weather the financial storm, the Cape Coral, Florida, company initiated several changes that better positioned it for the future. While competitive firms were going out of business, Honc Marine started to acquire companies to obtain a bigger share of the pie. In addition, while the company was established in the residential demolition market, it moved into the commercial area to expand its sales revenue. The company picked up machines from other firms at discounted prices and sold some of its newer equipment.

“We took a loss on some of it,” Honc says. “That was painful, but a wise decision. We got rid of duplicates and kept one of everything.”

When the economy rebounded, Honc began to look at new equipment again. “Since our marine division works around water, an excavator’s reach has always been important to us,” Honc says.

And one machine in particular caught the firm’s attention.

Extendable arm expands the business
“We always want more reach. So when Bobcat Company came out with an extendable-arm machine that was clamp-ready, we really got interested,” Honc says.

Working with Bobcat of Fort Myers, the company purchased an E35 compact excavator with a maximum reach of 19 feet 9 inches. “We’ve done several jobs with the E35 — dredging under boat lifts and ramps — that we were not able to do previously,” Honc says. “Our conventional excavators could not reach these areas. The extendable arm has made a major difference, allowing us to dig under boat lifts and pull out an additional 2 feet of dirt. That gives the owner the depth to get their boat on and off the lift.

“The new excavator has made us money in an application we previously could not handle,” Honc says.

The E35 also helped with their core business — building and replacing seawalls — because of its ability to perform in limited-access jobsites. With a width less than 6 feet, the machine can travel to areas and work where larger excavating equipment can’t fit.

“These days you can put a swimming pool as close as 5 feet to a seawall,” Honc says. “That’s really tight and does not leave much room for maneuvering. The Zero Tail Swing feature of the E35 allows us to get in and dig down to remove rock and riprap before the sheet pile is installed. We usually put the excavator’s blade on top of the existing seawall and reach down 6 or 7 feet to remove debris. Then we drive the new sheet piles right down in front of the old seawall. Without the excavator’s extendable-arm feature, we would have to look for a different way of doing the work.”

A Bobcat® T630 compact track loader complements the company’s compact excavator to create a productive team. Paired with a bucket, the M-Series machine is ideal for backfilling on an embankment. “The Bobcat compact track loader is fast, strong and powerful, and a favorite of our mechanics,” Honc says. “The undercarriage is vastly superior to another brand of compact track loader we once owned. The T630 is one very impressive machine.”

A history of reaching for new opportunities
Honc Marine has been building and replacing seawalls for more than 50 years.

“In the boom times of the early 2000s, people had money to purchase older homes along the water,” Honc says. “Many existing seawalls were deteriorating at the same time they were remodeling or tearing down old houses. Since we were coming on the site to install a new seawall, and could do it much easier if the lot was vacant, we were in a position to handle the demolition as well.

“Today our most common job is to go to a prime waterfront lot, tear down the existing house, take out the old seawall and install a new one.”

With the right equipment and the right plan, Honc has weathered the recession and is thriving once again.

“We managed to get through the worst of times and have seen the economy come back to life in the past year or two,” Honc says. “The way we are positioned gives us plenty of room to grow.”

4 Ways Your Dealer Can Keep Your Fleet Healthy

Maintenance issues can crop up unexpectedly – like a cold or virus for your machine. You don’t have to diagnose and repair it yourself. Instead, take your machine to the doctor – your local dealer – for a quick…

Although John Clark has spent almost four decades in the concrete business, he is no longer knee-deep in cement. These days, you can find.....

For someone who says he quit learning in seventh grade, Ronald Cline certainly knows plenty about being a successful utility contractor. After 28 years in the business, he’s figured out what’s.....…

Damaged part? When a component on your Bobcat machine is on the outs, your local Bobcat dealer should be your go-to source for a quality, Bobcat-branded replacement part that’s designed specifically for your ma…

After the first 30 minutes, Scott Wiese was already comfortable operating his newest Bobcat® excavator — a mighty E85 — complementing a much smaller Zero Rail Swing 418. He had a good feel for what the smooth, …

As a business owner, your days are full and the years pass quickly before you know it, retirement is not far away. If you’ve worked hard to build your own business, a well-thought-out plan for passing the reins…

After almost a decade of operating compact excavators — either belonging to a former employer or rented — Rocky Wisley’s young company had enough business to purchase its own machine in 2012.....…

Turning a Part-time Job into a Full-time Passion

With an unusual company name and one of the owners working 7,000 miles away half of the year, Rotten Rock Hardscaping and Tree Service Inc. is riding a five-year growth rate of 50 percent annually. The owners a… 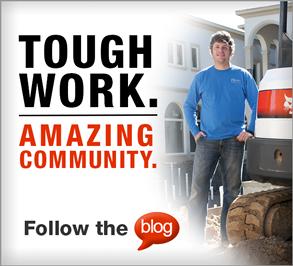 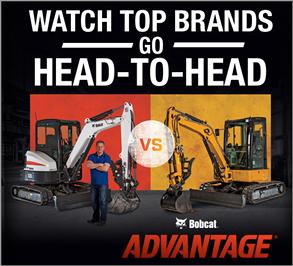 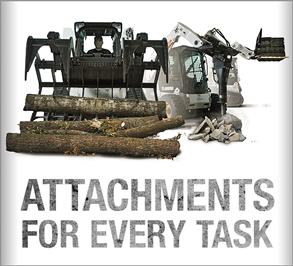