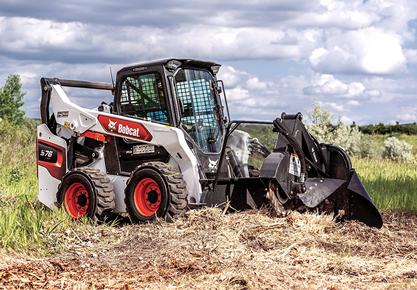 - Introducing the most significant redesign of Bobcat loaders in 60 years -

Bobcat has launched the company’s new R-Series Stage V compact loaders, representing the most significant redesign of Bobcat loaders in 60 years. The new R-Series models comprise the S66 and S76 skid-steer loaders and the T66 and T76 compact track loaders - the company will begin deliveries of these machines in October 2020.

John Chattaway, Loaders Product Manager at Bobcat, commented: “Utilising decades of experience, Bobcat has always made the toughest market-leading loaders on the planet. This continues in the new R-Series loaders, which have been completely redesigned from the ground up with a focus on quality, reliability, durability and first-class comfort. The new R-Series represents the next stage in the evolution of the compact equipment industry.

To ensure optimum performance and comfort, the stability of both types of loaders has been further improved with longer wheelbases and track footprints compared to the previous generation machines. The higher stability combined with enhanced efficiency from the hydraulics provides class leading push and breakout forces and increased lift capacity, resulting in higher productivity even on the toughest jobs.

The longer wheelbases and tracks also ensure a smoother ride. The new T66 and T76 compact track loaders have a solid undercarriage system as standard, but can be equipped with the optional 5-Link Torsion Suspension Undercarriage as an option guaranteeing an even better ride, tackling rough terrain with ease, feeling less bumps and avoiding material spillage.

Stability and productivity can be further enhanced by the optional Auto Ride Control feature available on all R-Series loaders. This feature reduces material spillage and also increases operator comfort by offering a smoother ride. 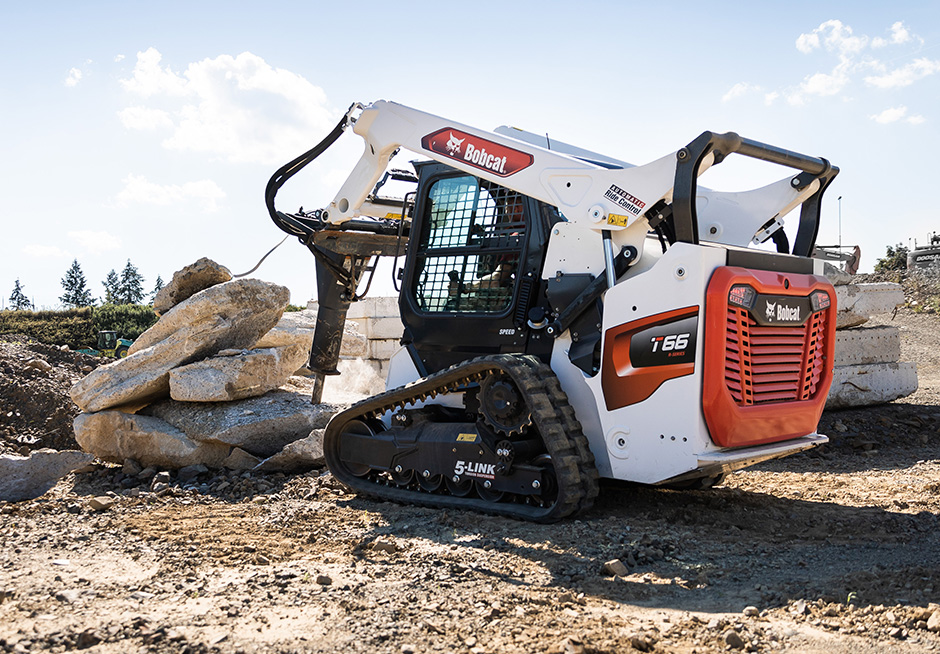 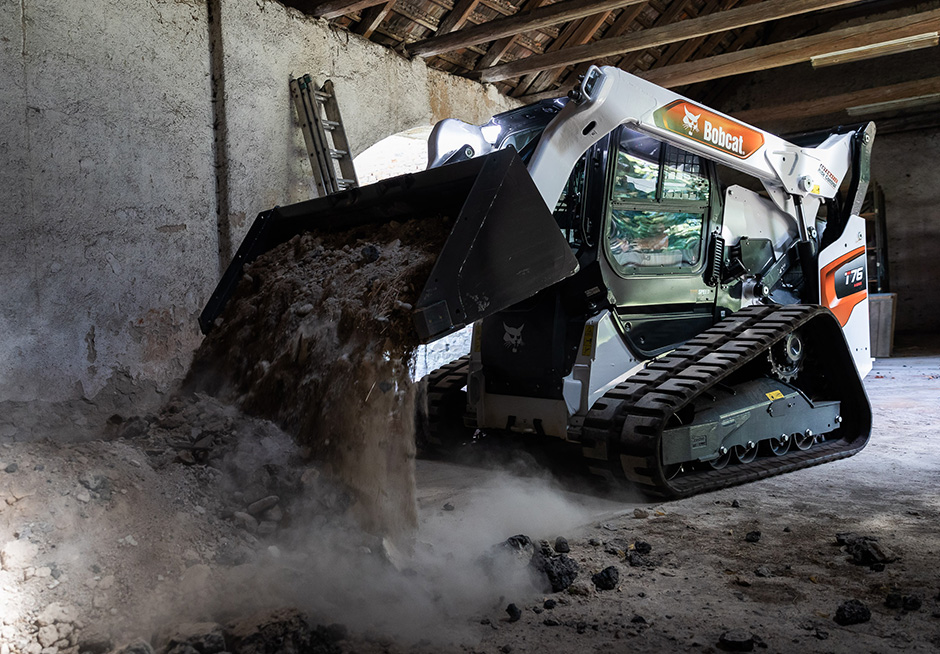 All R-Series machines come as standard with a fully enclosed one-piece deluxe cab with HVAC, a 5-inch Deluxe Display and an LED lighting system. Available options are the Clear-Side cab, which has mesh-free side screens to aid visibility, a rear-view camera that connects to both the standard 5-inch and the optional 7-inch touch display, as well as the Premium LED light package. The standard suspension seat can be replaced with a cloth heated air-ride seat option.

The standard 5-inch deluxe display is operated by jog-shuttle and gives detailed machine information on the screen and can also be used for the feed from the optional rear-view camera. Other options that are available include a new 7-inch touch screen display with integrated radio, Bluetooth connectivity and hands-free calling. The 7-inch touch screen display comes with the rear-view camera pre-installed. Machines with the standard 5-inch deluxe display also have a keyed ignition system, with a no-cost keyless ignition option also available. 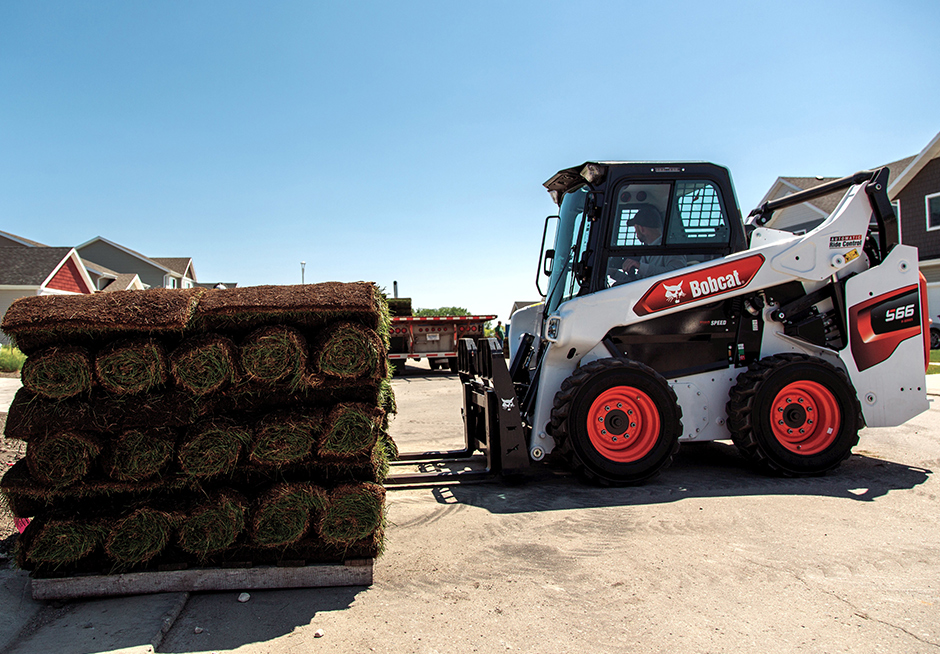 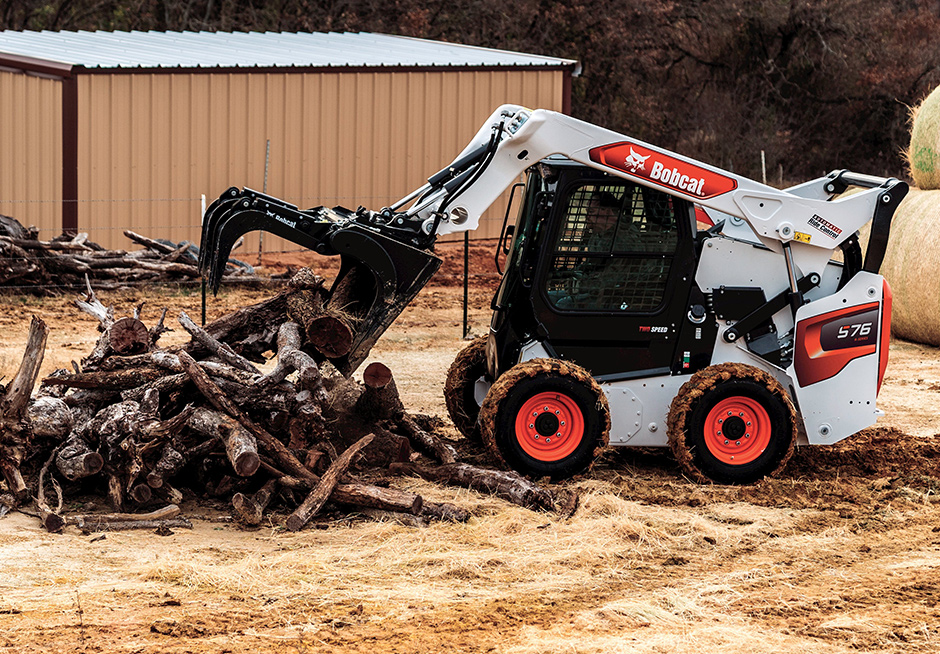 The new loaders feature a variety of performance, comfort and visibility enhancements to help provide customers with increased productivity. As a result, many previous options are now built into the new R-Series loaders as standard features. These include:

The standard controls on all the new R-Series loaders is the SJC system. Manual Hand and Foot controls are available as a no-cost option on the S66 and S76 skid-steer loaders.

Based on easy-to-use, low-effort joysticks, the SJC system provides the operator with Bobcat-exclusive features and fingertip switches. This automatically configures the loaders as tool carriers for working all day with the widest possible selection of Bobcat attachments, as well as providing increased operator comfort and unmatched joystick control of the loader itself. The customizable features available through the SJC include speed management, drift control and the ability to change the set up on the sensitivity of the joysticks. The SJC system also has built-in horsepower management to increase comfort and productivity.

With the SJC system in place, the new R-Series loaders now offer the Attachment Control Device (ACD) system as standard. Using Can-Bus communication to recognise the attachment on the machine, the ACD system automatically sets up the joystick controls and the output flow to ensure the best performance when using attachments on the new loaders.

With the availability of High-Flow Hydraulics also standard on the R-Series loaders, this further expands the versatility of these machines, allowing them to be used with advanced higher flow attachments such as planers and wheel saws. 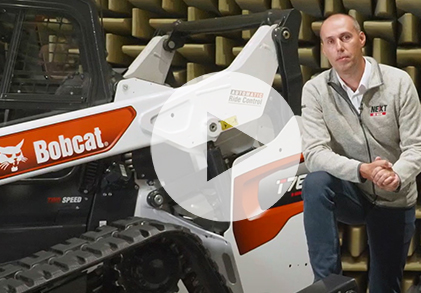 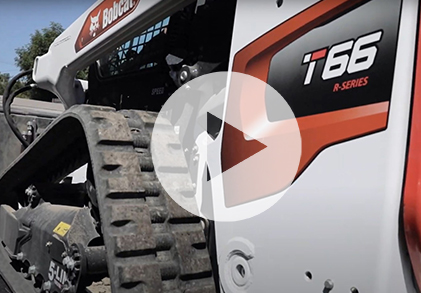 The R-series loaders are built to be even tougher than their predecessors. The new cast steel structures in the loader arms are now 20% stronger allowing the use of narrower profiles in key areas such as the front knuckle, improving the visibility of the attachments and work area without sacrificing any durability. The lift height has also been increased so it is easier to dump loads into high-sided trucks.

The redesigned cooling system on the R-Series loaders benefits from an optional Auto Reversing Fan to further increase cooling system reliability and efficiency in tough conditions.